The final hurrah for the 2022 season, the DAJT Ryder Cup! The Ryder Cup was hosted at Thunder Hills and the top four players from each age division are divided into two teams and play 18 holes. The first nine holes is a partner best ball format and the back nine is a singles match-play format.

The overall team points, the Blue Team beat the Red Team 11 to 7.

Wil Sigwarth really enjoys the Ryder Cup because of its similarities to high school golf. “I like the team part of it, it’s all about being on a team and making sure you’re playing for something bigger than just yourself.”

Josie Bierman had a blast on the tour all summer. “I really enjoyed playing with my friends. I improved my golf game a lot and had fun while doing it!”

Thanks again to everyone who made this season possible! Make sure to check us out on Facebook for photos from the season and updates for next year! 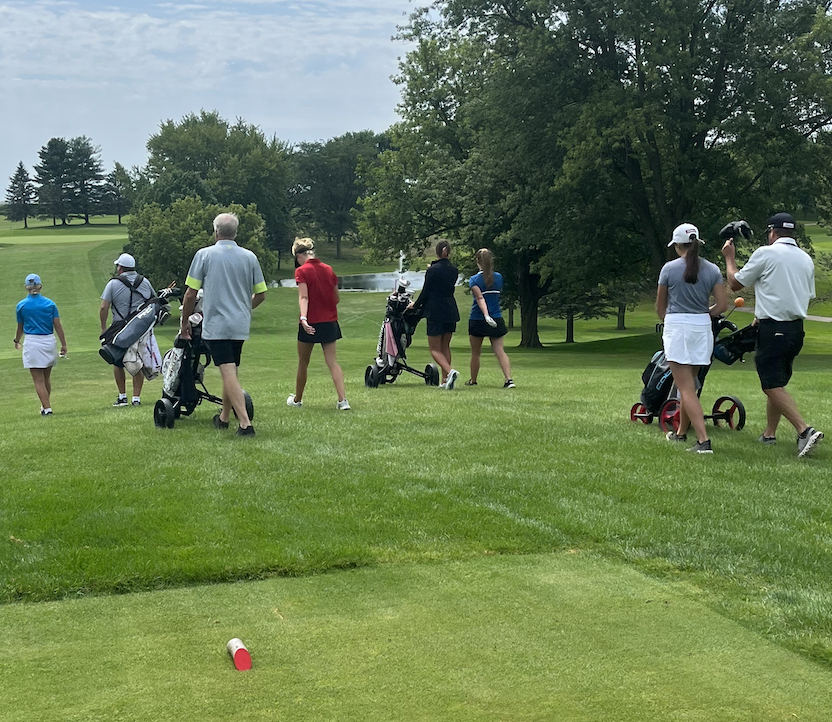 Brooks Reed filling up at the lemonade and cookie stand 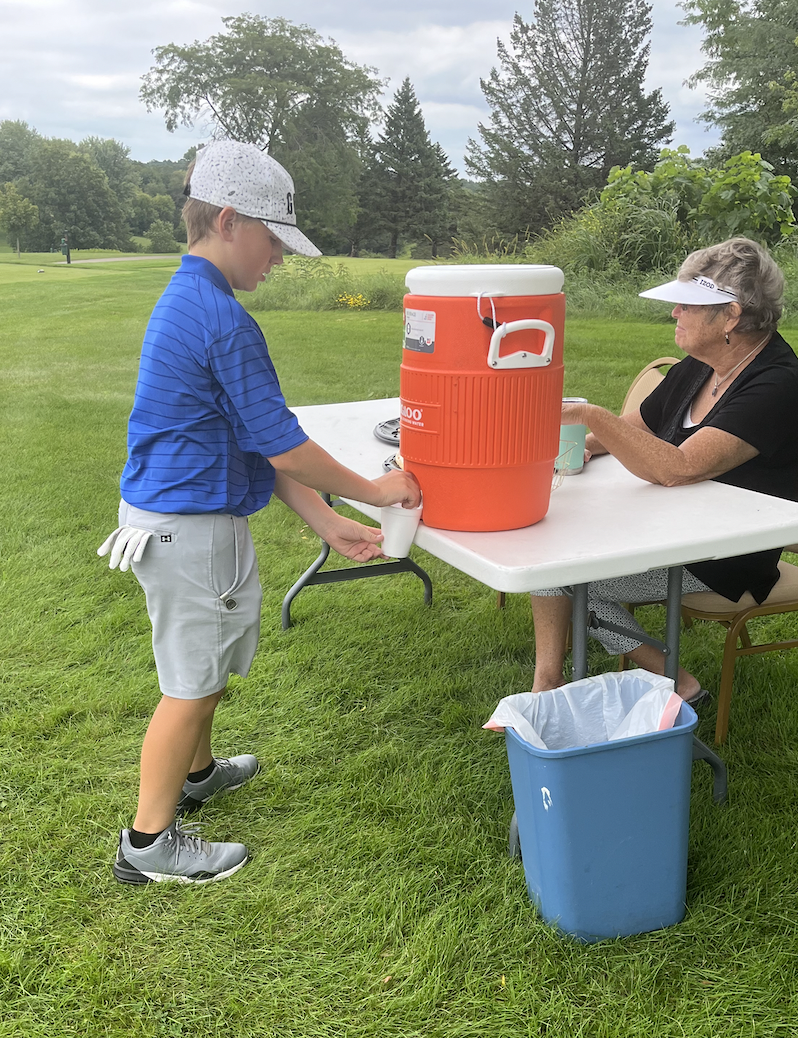